I met Eulalio Gomez in Bakersfield earlier this year. The correctional officer from Fresno was part of an MLK Day gathering of public sector union reformers, and I was there to document.

Each California employee present had spent time and resources challenging their unions in one form or another. They came to compare war wounds and most had battle fatigue. Bolstered by the support of their peers, they went back into their respective corners of the state to continue their battles.

Six months later, Gomez is among the first to run a victory lap. An election spearheaded by Gomez has caused Fresno County’s largest union to lose members to the new, 900-member Fresno County Public Safety Association, which just won the right to represent workers formerly of the Service Employees International Union.

Gomez, the association president, says his group is just focused on members.

“Wages and benefits only,” he says.

“We fought to obtain our independence and self-governance. In a free market, consumers are free to buy a service they like. No one should be forced to pay for a service they no longer want. I determined that they had poor customer service and were not accountable to members.”

According to a website statement from SEIU Local 521 president, Riley Talford, the SEIU is “disappointed (but) ready to stand together as a united coalition of workers to build a better future for all Fresno County employees.”

As a Californian from back in the day, those thoughtful words indicate mud-slinging is so passe.

I caught up with Eulalio, and we had a chat. 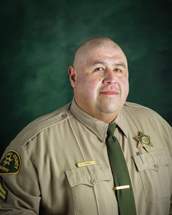 EG: “We had a decertification election from SEIU in Fresno. Two elections occurred in eight months, and we won both of them. We are a union that represents members, without social agendas. We don’t want to fund ‘black lives matters’ and immigration reform events.”

HSC: “How do you as a Mexican-American explain to critics that you’re not racist in not supporting social justice agendas?”

EG: “It’s simple: I’m not racist. The fundamental issue is that is has nothing to do with the employees of the County of Fresno. If folks want to be part of it, that’s not a problem for me. But they should fund it out of their own pocket like everyone does extracurricular activities. Our group is largely sheriff correctional officers and the movement has caused a degrading of perception to members of the public against uniformed personnel; it has caused acrimony at law enforcement officials, creating anarchy and often inciting violent acts against the law enforcement community.”

HSC: “How do you explain ‘bad apples’ don’t represent everyone?”

EG: “We do acknowledge there are some issues with our brothers and sisters on the streets, but that does not represent law enforcement as a whole. People should be judged by their individual actions not by the uniforms they wear. So it’s almost like people believe if you’re in a uniform, you’re bad.”

HSC: “To the kid on the street, who says he’s being judged for his color, how do you respond?”

EG: “I believe you’re judged by your actions and not by the color of your skin… We should all follow the same rules.”

HSC: “In Bakersfield, you told me you’re doing this for your children.”

EG: “Yes because I’m doing this to make our community safer… we address local issues only. At the end of the day, all the money generated from the Fresno County Public Safety Association will stay right here locally. It won’t be going to D.C.”

EG: “If you are a public sector employee disenfranchised with your representation, take control of your future and change it and get involved. Either remove it or change it.”

HSC: “How long have you been fighting to create your own union?”

HSC: “What did you tell your children about your fight?”

EG: “I showed them the flyers that were being dispersed at my job calling me a ‘bad apple,’ ‘liar,’ and I explained to them why. I explained they are willing to use all avenues to stop the loss of dues. They understood the politics. I affiliate as an independent: I don’t want to be labeled, and I don’t want to be forced to support an issue based on my affiliation. We all have our own minds and can determine what’s best for ourselves and our family.”

HSC: “Are people starting to call you the Erin Brokovich of ‘Choose Your Union?’”

EG: “No. That title goes to a DMV clerk named Mariam Noujaim. She’s from Egypt, and I just love her tenacity and her personality and ‘break the door down’ attitude. I respect her for challenging her union on transparency and competition. She works hard and she doesn’t care if the doors are not open, she goes through the door.”

HSC: “Isn’t that the American way?”

About the Author: Heidi Siegmund Cuda is a former Investigative Producer for Fox 11 News in Los Angeles and the Creator and Host of the Economic Series, “Saving the California Dream.” She is currently producing and hosting the series, “Ripoff Report Investigates.”