California State Budget Deficit for 2012-13 is Increasing vs. Projections

A summary of California State Finances for August 2012 looks like this: 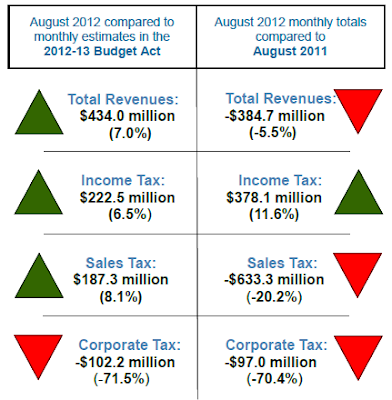 Except for corporate income taxes (down a whopping 71.5% vs. projections), the state is doing better in August than budgeted.

Moreover, the two-month totals for July and August are much worse as the following table shows. 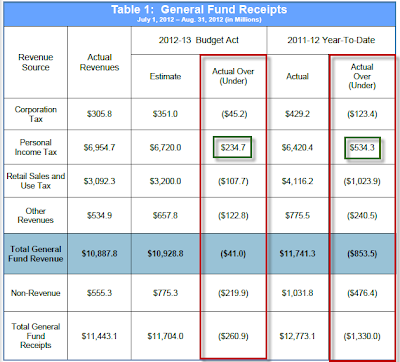 For July and August, sales Tax Collections are $108 million under budget. August sales tax collection is down 20% from a year ago, a huge decline of $633 million.

This clearly shows people in California have cut back spending. I suggest people have cut back in other states as well, regardless of reported increases in retail sales, typically based on the flawed methodology of “same store sales“.

So California, what are you going to do? Cut spending or hike taxes? I suggest spending is way out of control and retail sales will continue to disappoint.